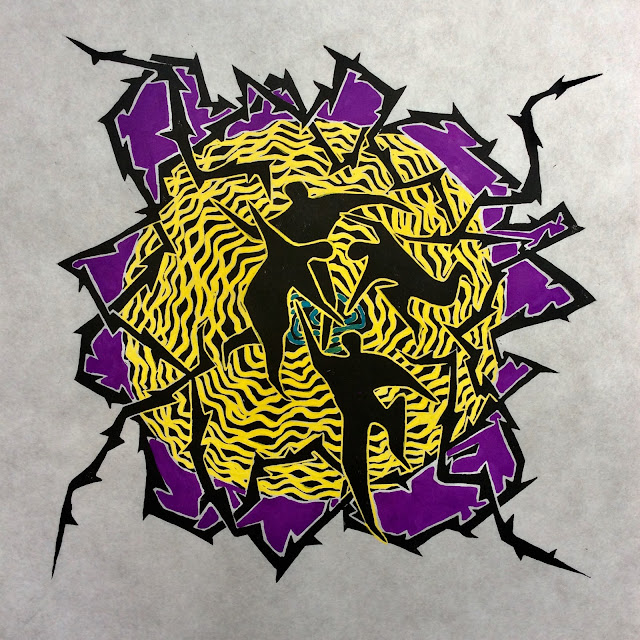 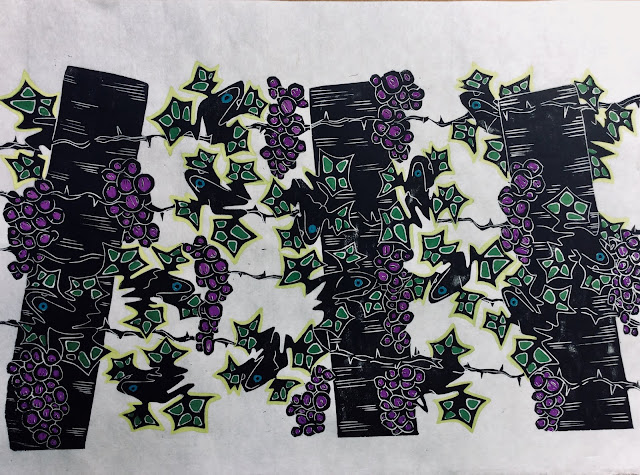 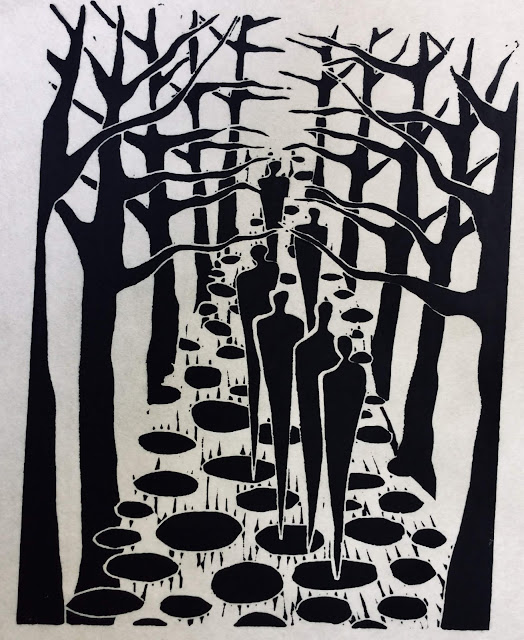 VIVA Gallery’s First Thursday opening reception will take place on July 5, and for a summertime change, will feature the work of one of its longtime member artists. Mark Herrling, of Fennimore, Wisconsin. will be showing his latest original hand-pulled relief and intaglio prints.

Mark’s interest in printmaking started early in his artistic career, stemming from his love of the experimental nature of the medium. At first, he emulated the bold, solid shapes that were a part of his paintings, and over time, his printmaking took the inevitable twists and turns inherent in the creative process. His method for creating a relief print, or woodcut, begins with carving the negative part of the image. The raised part of the image is then rolled with an oil-based ink, and rice paper is laid over the inked block. The back of the paper is rubbed with a wooden spoon, thus transferring the image to the paper. This yields a dynamic contract between black and white.

Intaglio includes both etching and engraving. Unlike woodcut, these methods cut an image below the surface of the material. The image on the plate from which a print is taken is incised by hand or etched by acids. It is then filled with ink, and the surface of the plate wiped clean. Dampened paper is placed on top of the plate, and both are run through a wringer-like press which forces the paper into the channels and grooves to pick up the ink.

Mark is interested and inspired by petroglyphs, created in Paleolithic times by prehistoric artists using stone instruments to scratch symbols and figures into rock surfaces. Like these early artists, Mark’s quest is to capture the magical visions in the world of his imagination.

An expanded selection on Mark’s prints and the work of his 24 fellow member artists will be featured atVIVA’s First Thursday reception on July 5 from 5:00pm to 7:00pm and will be on display throughout the month. The gallery is located at 217 South Main Street in Viroqua. For more information about this and future First Thursday events, contact the gallery at 608-637-6918 or info@vivagallery.net.